With Hyper-V the world of networking is quite different than it was with Virtual Server. First to set the scene, with Windows Server 2008 installed on a system with one network adapter you will see this under Network Connections: 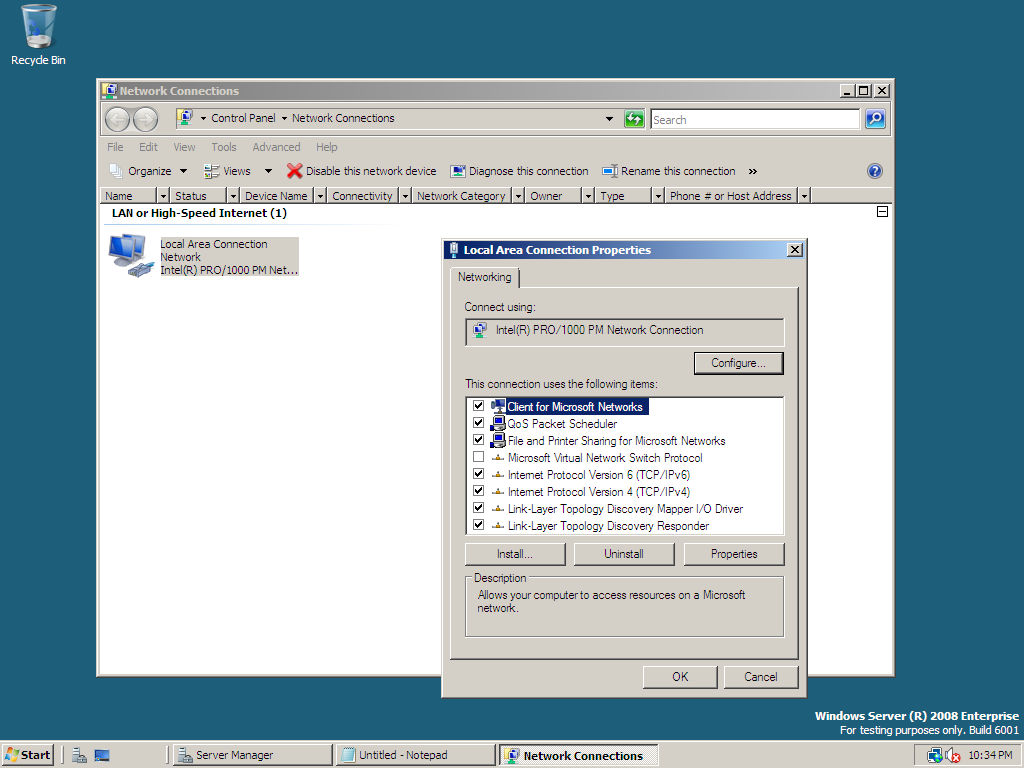 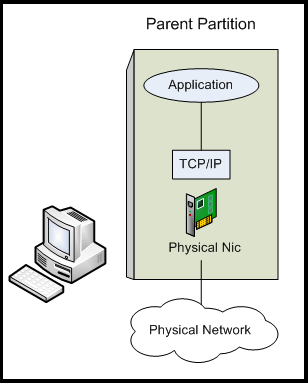 Once you install Hyper-V and create a virtual network your system now operates like this: 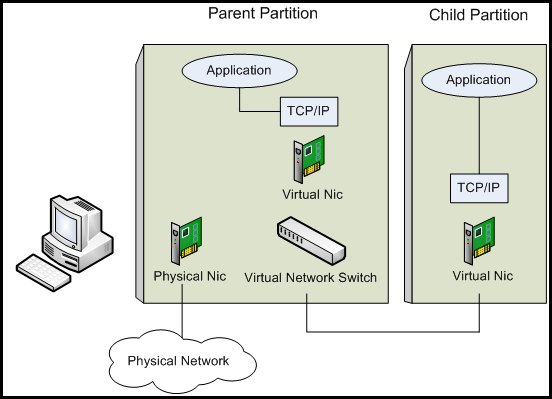 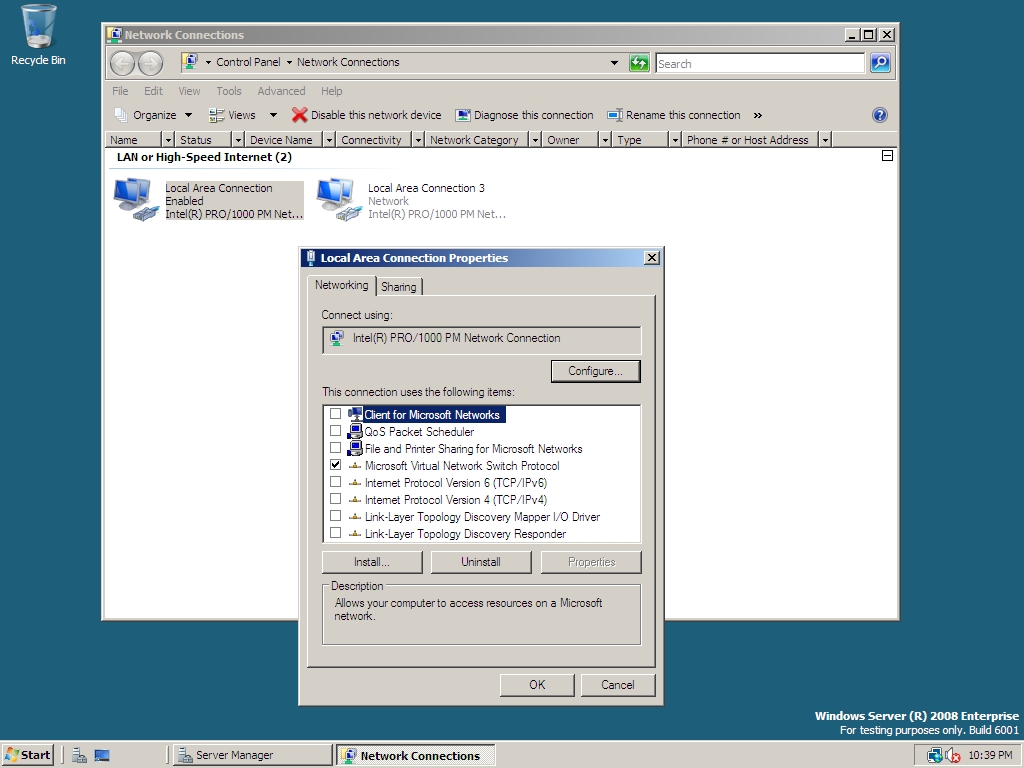 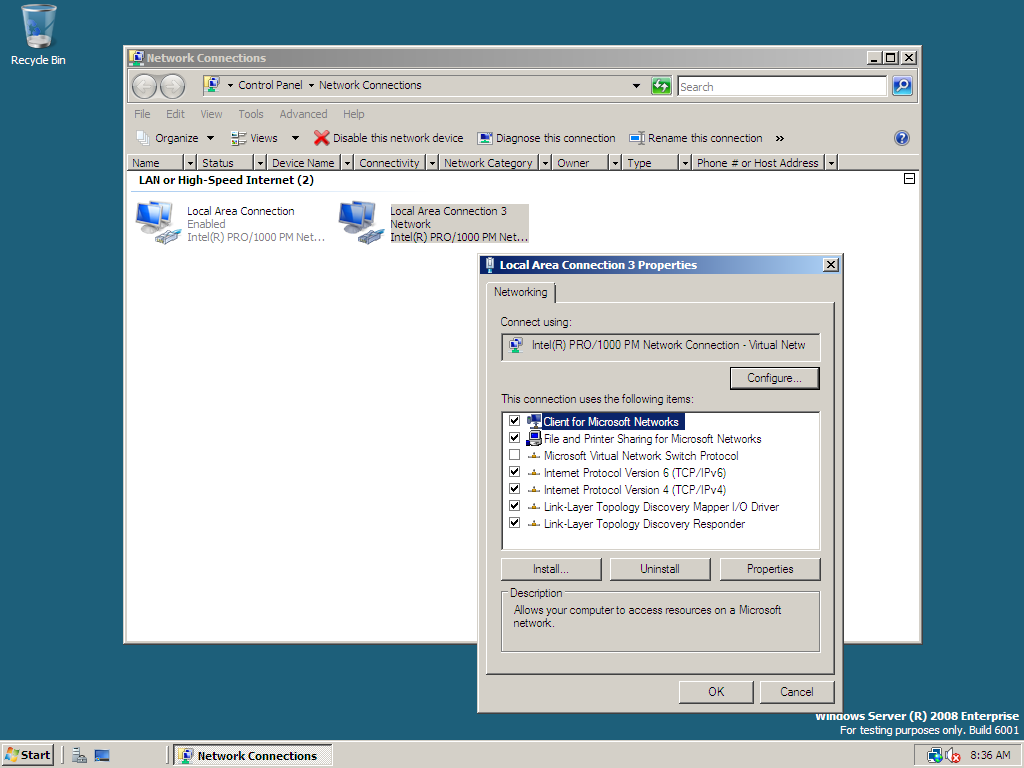 Some interesting things to note here: